OTHELLO (Scroll Down for Resources) 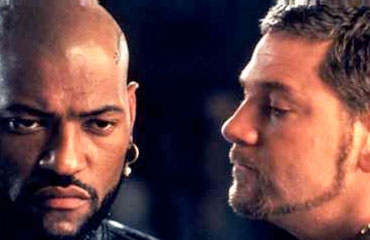 It is the green-eyed monster which doth mock

Who, certain of his fate, loves not his wronger;

But O, what damnèd minutes tells he o’er

Who dotes, yet doubts; suspects, yet loves."

In Venice, at the start of Othello, the soldier Iago announces his hatred for his commander, Othello, a Moor. Othello has promoted Cassio, not Iago, to be his lieutenant.

Iago crudely informs Brabantio, Desdemona’s father, that Othello and Desdemona have eloped. Before the Venetian Senate, Brabantio accuses Othello of bewitching Desdemona. The Senators wish to send Othello to Cyprus, which is under threat from Turkey. They bring Desdemona before them. She tells of her love for Othello, and the marriage stands. The Senate agrees to let her join Othello in Cyprus.

In Cyprus, Iago continues to plot against Othello and Cassio. He lures Cassio into a drunken fight, for which Cassio loses his new rank; Cassio, at Iago’s urging, then begs Desdemona to intervene. Iago uses this and other ploys—misinterpreted conversations, insinuations, and a lost handkerchief—to convince Othello that Desdemona and Cassio are lovers. Othello goes mad with jealousy and later smothers Desdemona on their marriage bed, only to learn of Iago's treachery. He then kills himself.