JULIUS CAESAR (Scroll Down for Resources) 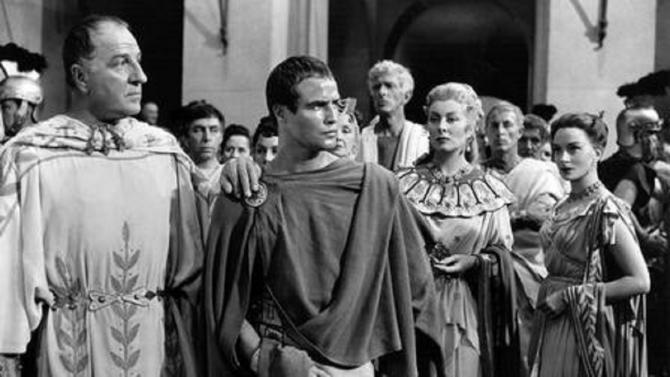 "Men at some time are masters of their fates: The fault, dear Brutus, is not in our stars But in ourselves, that we are underlings."

Caesar's assassination is just the halfway point of Julius Caesar. The first part of the play leads to his death; the second portrays the consequences. As the action begins, Rome prepares for Caesar's triumphal entrance. Brutus, Caesar's friend and ally, fears that Caesar will become king, destroying the republic. Cassius and others convince Brutus to join a conspiracy to kill Caesar.

On the day of the assassination, Caesar plans to stay home at the urging of his wife, Calphurnia. A conspirator, Decius Brutus, persuades him to go to the Senate with the other conspirators and his friend, Mark Antony. At the Senate, the conspirators stab Caesar to death. Antony uses a funeral oration to turn the citizens of Rome against them. Brutus and Cassius escape as Antony joins forces with Octavius Caesar.

Encamped with their armies, Brutus and Cassius quarrel, then agree to march on Antony and Octavius. In the battle that follows, Cassius, misled by erroneous reports of loss, persuades a slave to kill him; Brutus's army is defeated. Brutus commits suicide, praised by Antony as "the noblest Roman of them all."